To have the optimal experience while using this site, you will need to update your browser. You may want to try one of the following alternatives:

How To Get Rid of Odors After a Storm 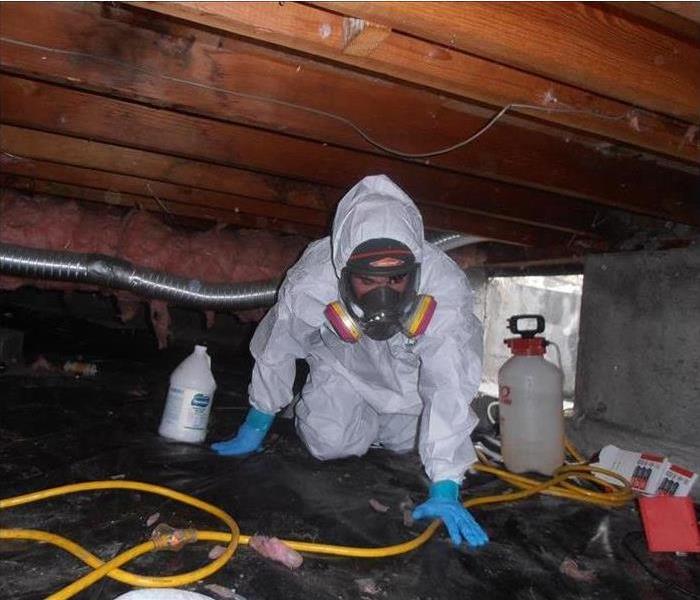 If your building floods during a storm in Coalfield,WA, your primary concern may be the damage caused to the building. The odor left behind can be an unpleasant side effect, though. Whether the smell is caused by mold growth or some other element, storm damage remediation experts can help you not only get rid of the flood waters and the damage they caused but also the funky stench that they brought along.


Many different smells can assail your nose when you walk into your building after a storm. It may smell musty or rotten. There are many things that can cause bad odors when you have flood damage:

After technicians identify the source or sources of the odor, they are better able to address them. They may use a series of tests and inspections to discover exactly where the foul stench originates.


If the problem causing the smell is mold growth, technicians will often start by taking care of it before they disinfect the rest of the space that has damage. Large infestations of mold have to be mitigated by professionals to make sure you get rid of all of it. Otherwise, it is likely to return. If your building has sewage, the whole area has to be disinfected to get rid of the microbes in the contaminated flood water. Getting rid of the issue causing the smell is often just the first step, though. Air purifiers with HEPA filters or pre-filters with activated charcoal may be needed to filter odor-causing bacteria and spores out of the air.
Whether the odor in your commercial building is caused by mold growth, sewage or some other element, certified technicians can help you get rid of it. If you are plagued by bad smells after a storm, it's a good idea to hire someone who can identify and remove the smell completely.